So I've decided (after much urging from my boyfriend) not to partake in T4 of Nerd Wars. I get pretty intense about it every time, so I understand why he wants me to lay off. I'm still competing as a Ninja Warrior, but I'm going to concentrate on making things to sell and things that I actually want to make. However, last year, after participating in two tournaments, I completed 49 projects over the course of the year. Not too shabby :)

Since I decided to knit what I want to knit, I ended up knitting a scarf and hat set that I didn't want to make for a co-worker who offered me monetary incentive. It turned out really pretty, but it was a super pain to make. 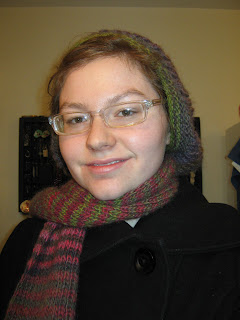 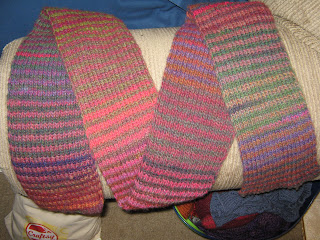 I did start one project that I'm pretty pleased with: this Semi-Precious Shawl. In that vein, my goal is is to complete 12 shawls in 2012. Not too difficult or time consuming I think. This is what it'll look like when it's finished (in another couple days), only in shades of blue: 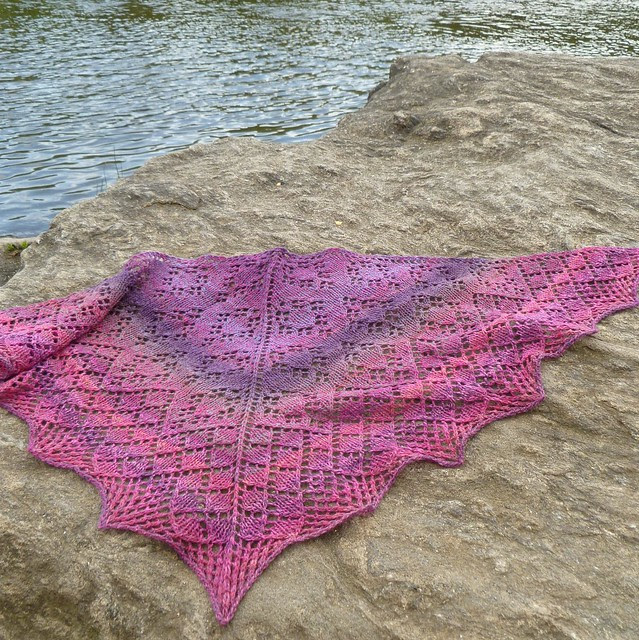 I'll of course take requests for specific projects to sell, but this year's gonna be about queue and stash busting.
Email ThisBlogThis!Share to TwitterShare to FacebookShare to Pinterest
it's about 12 shawls in 2012, 2012, football scarf, hat, queue busting, sales, shawl, stash busting